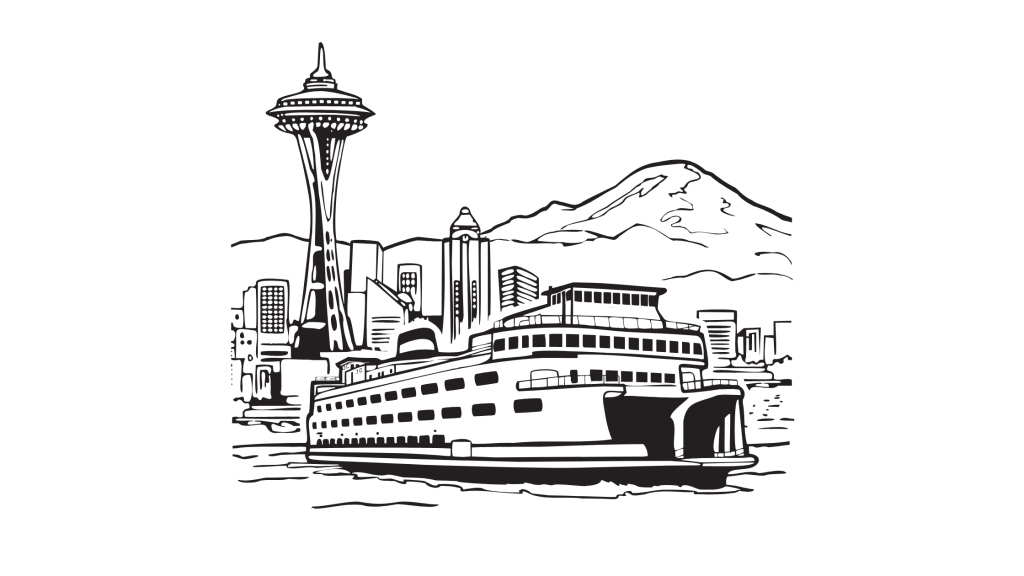 I was visiting Seattle for the first time recently and I can honestly say that I get the hype.
From lush parks with tall trees and grassy areas, to the multiple lake views, there is so much nature to enjoy almost anywhere you go. Almost as impressive as the landscape was the amount of sustainable practices I saw throughout the city.

Here are the 4 sustainable habits that I was struck most by and think every city should strive for:

Walking throughout Seattle I was shocked to see the availability of composting – from residential areas, to businesses, and even on some city streets! For those of you who aren’t familiar, composting is the act of separating organic waste, like food scraps, from non organic waste.

Composting a great way to avoid the green house gas and methane emissions that happens at the landfill while also utilizing the resource to create nutrient rich soil. It can additionally help reduce the amount of plastic material being used. It is more meaningful to switch to non plastic alternatives such as bamboo, paper, and cardboard when you are able to compost them at the end of their use instead of sending them to the landfill.

Having a city that supports and collects compost helps enable businesses and individuals to participate in a sustainable economy.

While we’re on the subject of trash… Something I noticed in Seattle is that “trash” bins also say “Landfill”. Labeling the trash bins as landfill is a small but significant way to ensure people know that the objects they throw away actually go to a landfill where they will slowly decompose over hundreds to thousands of years – a very permanent reality!! In the United States, the average person creates 4.9 pounds of total waste a day.

I think the first step to helping people reduce this amount is making them aware of their actions.

You won’t find many straws here, and if you do, it’s likely compostable. The City of Seattle started phasing out plastic straws and utensils in 2008. In 2018 they passed a stricter ordinance that prohibit the use of plastic straws and utensils completely, basing the decision on the fact that there are now many compostable alternatives readily available. And, like we already know, there is infrastructure in place that enables residents to compost with ease.

Something I noticed near and at the grocery stores in the city is that most people were using reusable tote bags for their groceries – far more than I see in my typical grocery store at home. I thought perhaps people in the city who walk and carry their groceries home may opt for a tote that is more sturdy. While that may be true, likely Washington’s new policy is adding to the movement. Effective October of 2021, all Washington stores must comply with a plastic bag ban. Not only are there requirements on the types of bags they will allow stores to use, there is also a fee passed on to the customer for each bag used at the store. No wonder people are opting to bring their own!

Seeing all of these sustainable habits around the city made me think that there must be so much more going on that isn’t so obvious. And, of course, after doing some research I found out about some policies and programs that are contributing positively to the city and its residents. Check out 4 of them below:

One of my favorites things about visiting Seattle was how easy it was to walk around and get to where I wanted to go. Part of the reason why I was able to walk to restaurants and shops from the condo I stayed at is because of zoning laws. Throughout the Seattle area, and especially downtown, there are areas of mixed use zones where commercial businesses and residential spaces can coexist. Surrounding most of these mixed use zones are multi-family zones, or areas with apartment and condominiums that serve multiple households. Using mixed use zones and multi-family zones can help create walkable cities for residents, and can decrease the dependence residents have on cars. While Seattle still has a ways to go with most of their land still zoned for single family residences, it definitely is an improvement from other west coast cities.

2. Incentives for Green Building
If you’re a building owner in Seattle and you want to expand vertical height or square footage, you’ll have to comply with extra sustainability requirements. This is because the city of Seattle knows that to reach its energy emissions goals, current multi-family residential buildings and commercial buildings will need to be upgraded with better technology. In addition to meeting green standards to build larger, all multi-family residential and commercial buildings will require a “Tune-Up” every 5 years. Seattle’s Tune-Up Reporting requires a specialist to evaluate building’s current metrics and give corrective measures. Their government website provides a list of service providers who can help with this, along with other green building programs.

3. Energy from Hydropower
The lakes and water around Seattle and the Washington state create a lot more than just beautiful views – they are a great source of power! Over 60% of the electricity generated in Washington is from hydroelectric power plants. This makes Washington the largest producer of hydroelectric power in the United States. Residents of Seattle who are serviced by Seattle City Light get 84% of their electricity from hydropower sources. This makes the use of electric vehicles and charging stations even more attractive, because the energy used to charge them is cleaner than traditional gas/fuel. If you’re not sold yet, Washington has one of the lowest electricity rates in the country (top 5) making clean energy affordable as well.

Walking around Seattle it is impossible not to notice the corporate giants around every corner. Just to name a few that have offices, and in some cases campuses, include – Microsoft, Google, Amazon, Tableau, and Starbucks. While no company is perfect and without need of improvement, most of these companies have sustainable initiatives that positively impact the residents of Seattle. For example, Microsoft has pledged to be carbon negative by 2030. This means that their campus and office spaces in Seattle must also be included in the calculation, creating opportunity for development and improvement, which in turn creates jobs and stimulates the economy. Another example is Starbucks and their goal to reduce waste by 50% by 2030. The company partnered with another Seattle based company, Ridwell, to trial the use of reusable cups that can be collected, sanitized and used again by a new customer. This gives residents of Seattle a chance to be a part of sustainable processes without having to change their morning routine.

Clearly, in Seattle there’s a lot more going on with sustainability than you might have thought. Behind the beautiful parks and tree-paved streets are policies and businesses that support green improvements. While there is still ways to go, I think most cities across the United States could learn a few things from Seattle.

Get updates and learn from the best 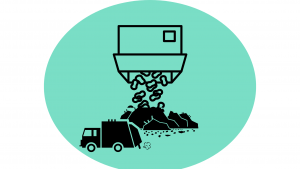 I think that one of the best places for a company to begin its sustainability journey is with its packaging. If you read my previous 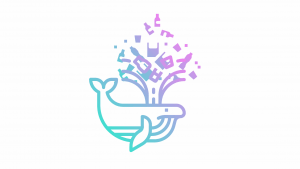 Why Recyclable Packaging is Less Sustainable Than You Think

Do you ever open up a package you’ve been waiting for, and then die a little inside when you see how much plastic packaging the

Get started with your sustainability strategy

drop us a line and keep in touch 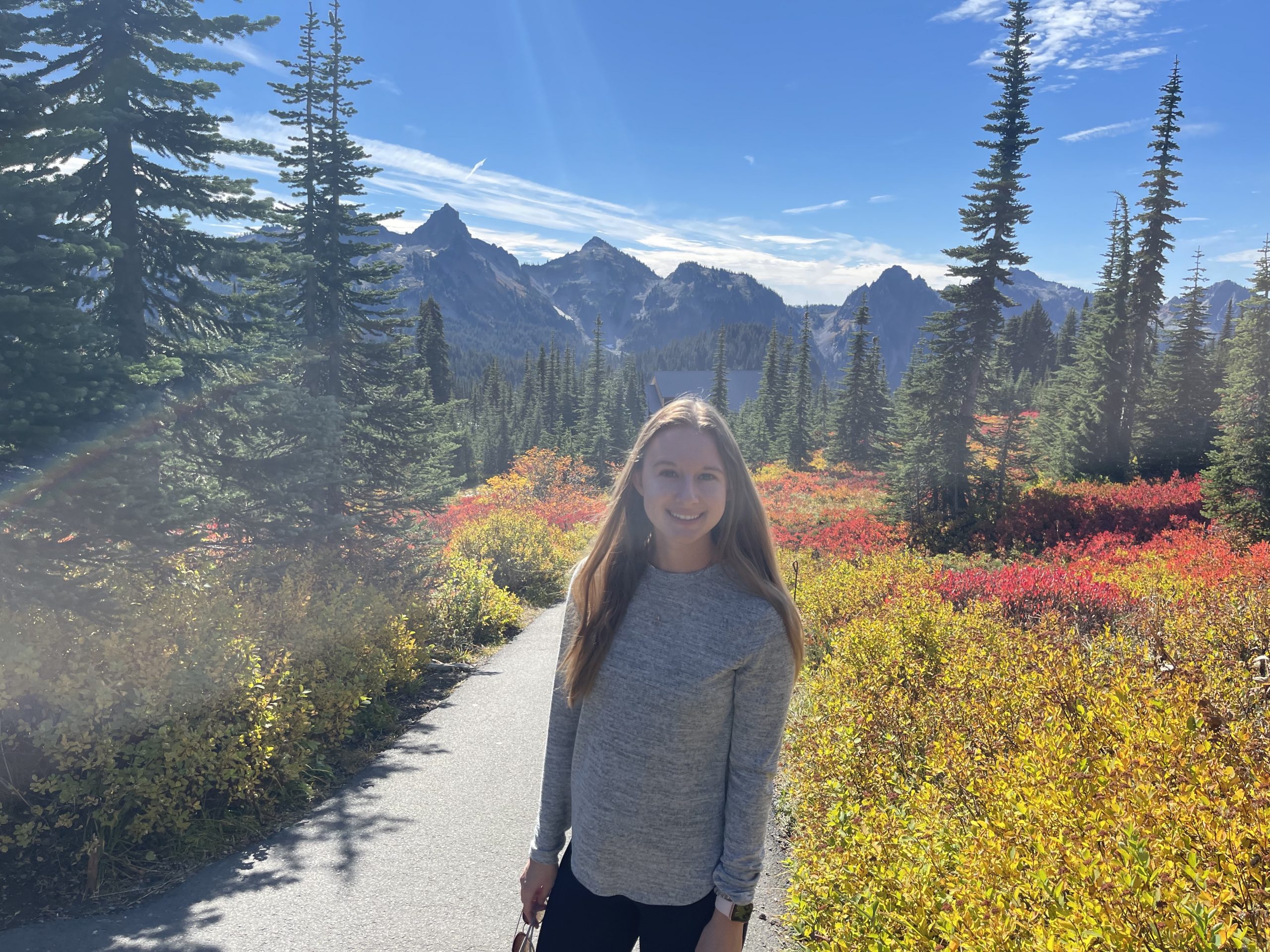